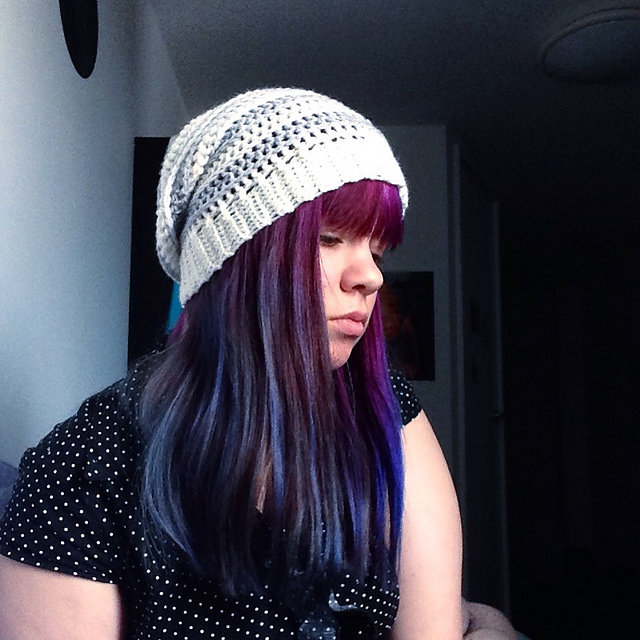 I made this hat using the All Grown Up Striped Slouched Hat pattern. The pattern calls for the hat to be made using an aran yarn, but I used a double knit (a double knit is thinner than an aran). In order to be able to make the hat to fit my head, I only needed to change the length off the hat. I used a 5.5 mm (I) crochet hook and made the small adult size. I crocheted about 6 more rows in the stripe pattern than the pattern asked for. 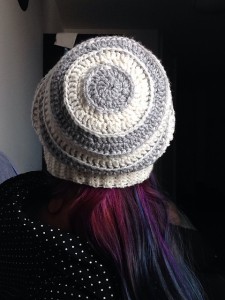 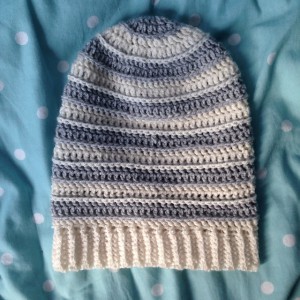 The pattern was fairly easy to make, and I learned a new stitch as well as the best method (in my opinion) of making a brim. The pattern calls for the brim to be simultaneously made and attached to the hat, thus eliminating the hassle of sizing the brim to the hat and attaching it. I will definitely be using this brim method for all of my future crochet hats! 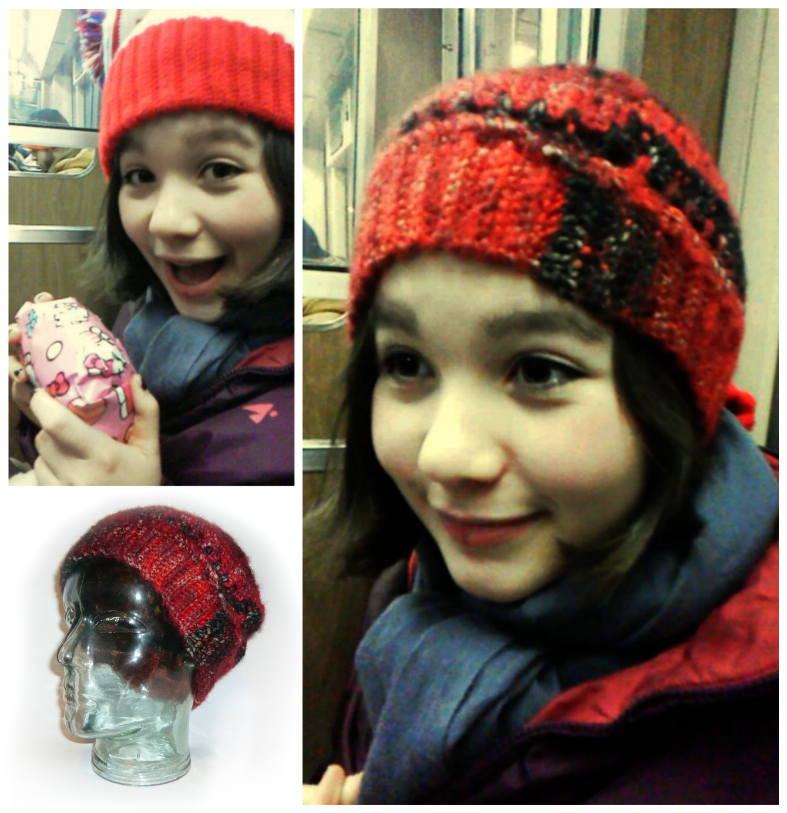 I made this hat out of a very nice wool blend yarn for my friend Georgia. I modified my “Spark” Slouchy Hat pattern by adding a band and stopping the dome of the hat early so that it would be a closer fit.
I’m allergic to wool, but I did not have any difficulties working with the yarn, and the hat worked up fairly quickly. However, when I went to try the hat on, I discovered I was too allergic to wear it. Georgia had no problems with the yarn and was very excited to receive her gift. 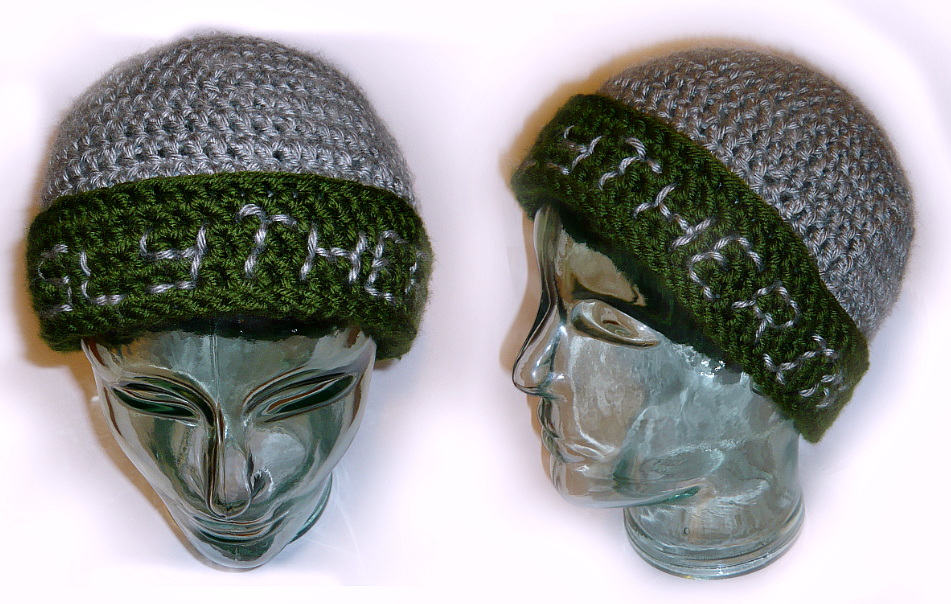 This hat I made for my friend Kate, who lives far enough away that I had to mail it to her. I originally wanted this hat to be an earflap hat, but I miscalculated how much grey yarn I had, and ran out very early on. I was able to fix the problem, and made a green brim for the hat instead of earflaps, adding the Hogwarts house name “Slytherin” to the brim in the remaining silver yarn.

Over the next few days/weeks I will be uploading pictures of the remaining gifts I have given to my friends, as well as one I received. I will also be taking pictures of older garments that I may not have mentioned before, and posting those. 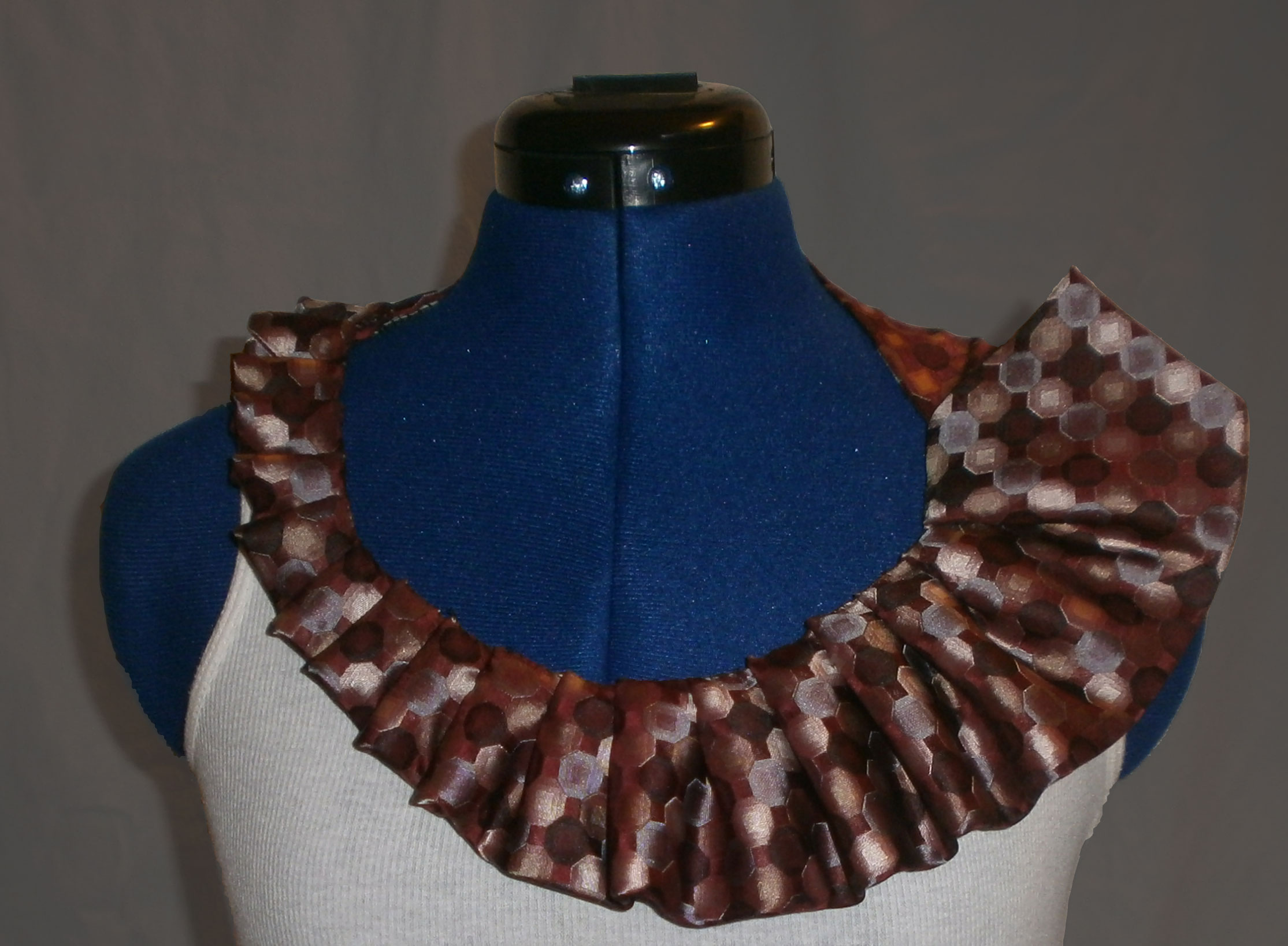 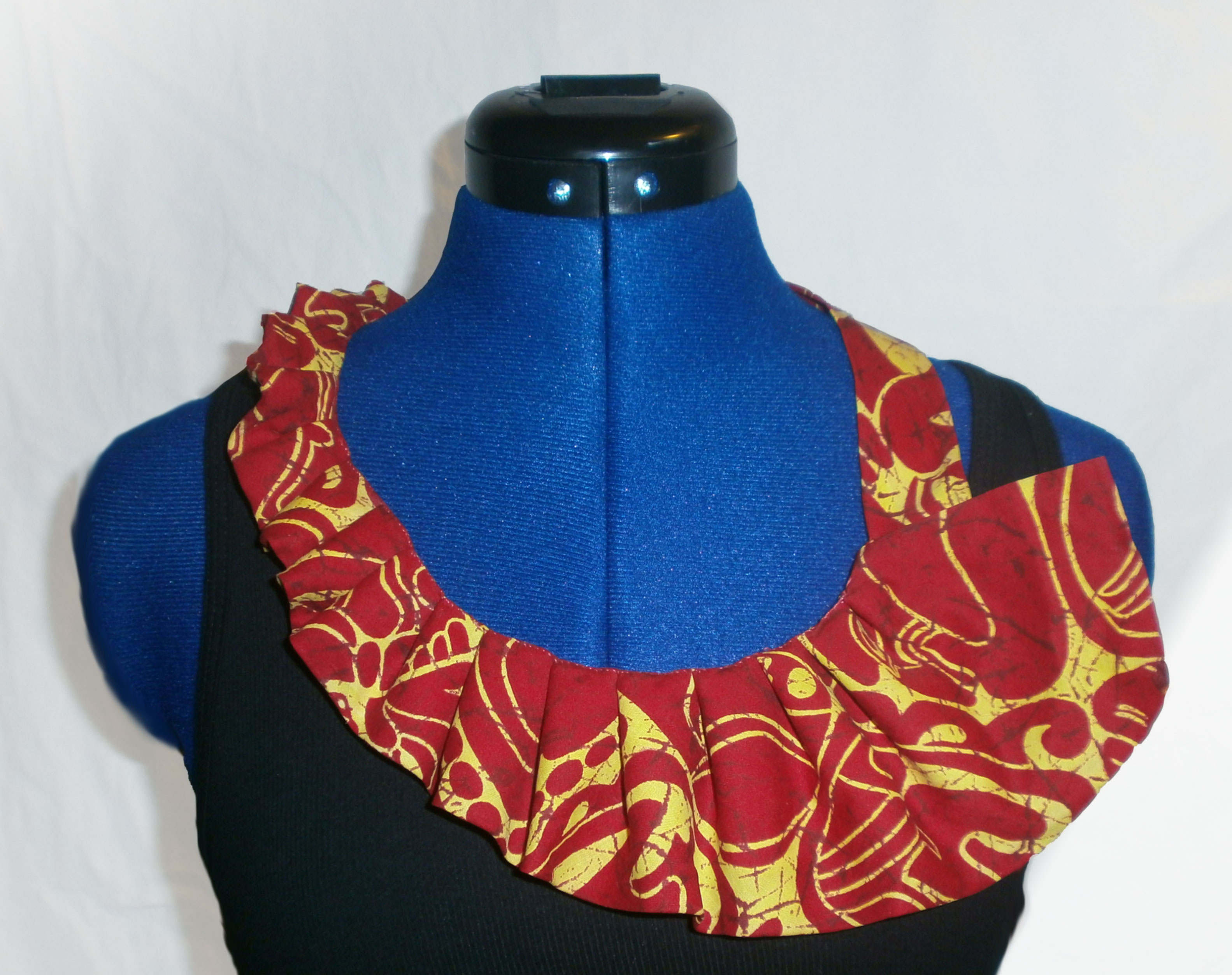 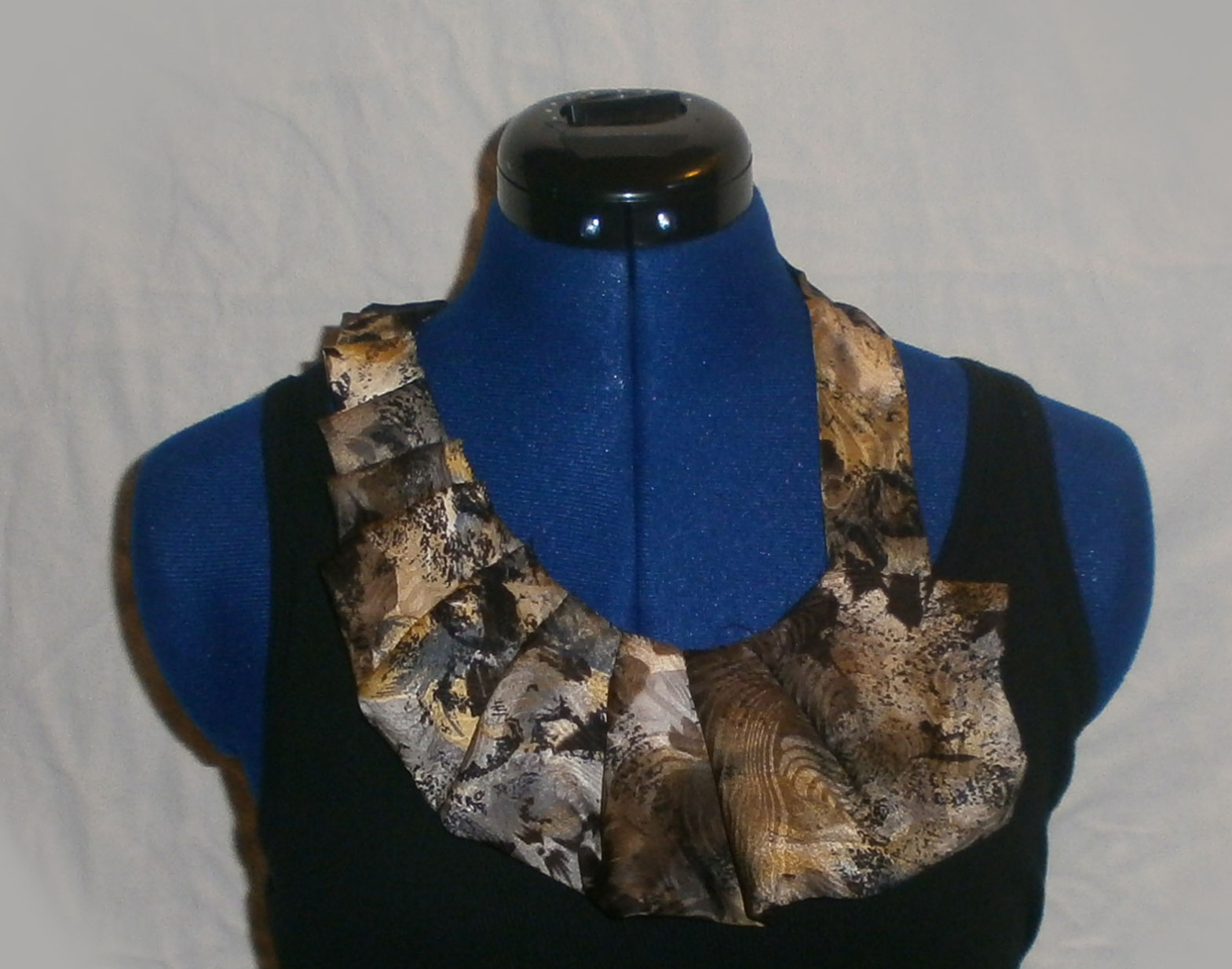 Each necklace is actually a carefully hand sewn tie. These ties have been upcycled to fit a different group of people and can now be worn for much longer than their initial lives. Each necklace is an individual handsewn piece and cannot be found anywhere else.

My name is Evelyn and I graduated with a costume degree from Arts University Bournemouth in 2018. I specialize and have experience in knitwear, crochet, and garment construction.